Margaret Bulkley’s life started out in the marshy city of Cork, nestled deep within southern Ireland – a fairly busy city with around 70,000 inhabitants.

Although trade was growing and economic opportunities were improving, quite a few people still struggled to eke out a living and provide food for their children.

The opportunities for women, however, were severely lacking.

Most of the people around Margaret at that time expected a woman to stay at home, get married early, have kids, and then spend their entire life serving her husband and kids. Women were to be obedient, quiet, and demure.

The truth is that we don’t know much about Margaret’s early life because there aren’t many relevant records remaining from her life over 200 years ago.

It’s fairly certain, though, that another child named Juliana joined her family when she was a teen.

The girl was touted as being Margaret’s sister, but after Margaret died in 1865, her body showed signs of having given birth at some point.

There is a suspicion that Margaret gave birth to Juliana as a result of childhood sexual abuse, and her daughter was then raised as her “sister”. But of course, no one knows for sure.

Margaret had dreams of doing more with her life than spending her life as a submissive wife and mother. The angst and dismay of harboring ambitions that society will not allow you to reach can be devastating.

Furthermore, her father disappeared from her life at some point while she was growing up. After he racked up debt to pay for the arranged marriage of Margaret’s older brother, John, he abandoned his family and moved to Dublin.

Today, that wouldn’t be a big deal. We have plenty of single mothers who provide for their kids. But in the early 1800’s, it certainly wasn’t easy.

Margaret’s mother needed a male to help provide for the family. So, she reached out for help from Margaret’s uncle, James Barry, in London.

James offered his help, and Margaret and her mother and sister moved to London.

In London, her Uncle James introduced her to some physician friends, and sadly, he died shortly after that. However, the friends spent several years teaching Margaret and enhancing her education.

One of her uncle’s friends suggested that Margaret should study to be a doctor. Margaret liked the idea.

However, women were not allowed to enter medical school.

So, with the help of her Uncle James’ influential friends, they got together and hatched a plan that would allow her to attend the University of Edinburgh to study medicine.

In order to pull it off, she would have to pretend she was a man.

So, in 1809, when she was maybe 18 or 19 years old, she took the name of her dead uncle, James Barry, as her own. She applied and was accepted to the medical school at Edinburgh University in Scotland. And off she went, to start her new life as a “man”.

One of her uncle’s friends was named Francisco Miranda. He was a general from Venezuela, and he played a big part in helping Margaret get accepted into the university.

He and Margaret planned for her to get her medical degree, and then they would travel to Venezuela together where she could resume her identity as a woman. Then she would practice medicine in Venezuela.

Margaret, now known as James Barry, finished her studies and earned her medical degree in 1812.

When Margaret was finishing up her final exams in 1812, the Spanish captured Miranda.  He got typhus and died while being held captive.

So now what was she going to do?

She couldn’t go to Venezuela anymore!

She decided to keep pretending she was the man named James Barry so she could practice medicine in England.

To pull it off and avoid discovery, she enacted some strict rules.

First, she made a rule that no one would observe her dress or undress.

She also developed a tough, critical, and brash demeanor.

She didn’t look very masculine and manly (she was described as looking like a “prepubescent boy”), so there is a possibility that she developed a tough personality to offset any suspicions that arose because of her appearance.

For the next several decades, she not only practiced medicine under the guise of being a man, she made amazing strides in medicine.

A Life of Travel, Adventure, & Achievement

After joining the British Army, she moved to South Africa. In 1826, she performed one of the first recorded cesarean sections there.

At that time in history, there were no antiseptics or anesthesia, and cesarean sections usually resulted in the death of the infant, the mother, or both. Margaret/Dr. Barry’s C Section resulted in a healthy mother and baby, though. The parents named the baby boy “James” to pay homage to her.

When Margaret performed the C section in South Africa, she left the incision in the uterus open (instead of stitching it closed) to avoid the infections that killed so many previously. A method to suture the uterus after a C section wasn’t invented for another 26 years (and that happened in the U.S.).

During her time in South Africa, she also studied the properties of the local plants. She then used them to come up with a treatment for syphilis.

Two years after performing that C section in South Africa, she moved to Malta and helped stop a cholera outbreak, saving many lives. Her work was so valuable that the Duke of Wellington thanked her personally.

After that, she became a medical inspector in the British Army, and she traveled often in that position. Then, in 1857, she moved to Canada.

Over in Canada, once again, she made incredible strides. She improved the nutrition and living conditions for the soldiers there. However, the cold took a toll on her, and she developed respiratory problems.

In 1859, around the age of 69, she moved back to London. At that point, she was dismissed from the British army because of her respiratory problems. 6 years later, she got dysentery and died.

Living a Legendary Life in Spite Of…

Margaret Anne Bulkley/Dr. James Barry led a pretty amazing and adventurous life during a time when women were supposed to stay home and focus on nothing more than cooking, cleaning, and tending to children and husbands.

I think Margaret Anne Bulkley is a Badass Woman; how about you?

What excuses are holding you back from achieving your dreams? And now, how can you work around them?

For more information, check out:

Get inspired from amazing women who aren’t famous but are amazing women nonetheless. This gallery is for women nominated by our readers.

by Michele time to read: 6 min 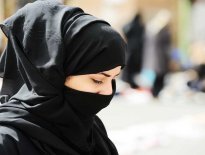 Get Inspired Lilly A.
0