Listen to this Article

I’m going to tell you a little secret:

When I encounter a fly, a ladybug, or any other 6- or 8-legged creature, I let loose with a blood-curdling scream that scares the bejeezus out of everyone within 100 feet.

If I’m driving, I instantly let go of the steering wheel and automatically try to exit the car…all before reason sets in and I think, “Oh wait – I’m doing 75 mph!”.

Have you met some of them? Are you one?”

If you hang around one of these guys or gals, sometimes you’re afraid to say or do anything for fear of setting them off.It gets to be emotionally draining after a while, doesn’t it?

But let me ask you something…

Picture someone you deem powerful and worthy of respect.

Do they react at the slightest provocation?

Do they break into hysterics? Or start yelling immediately, before they even have all the facts?

If you can’t picture anyone, think Gandhi, Putin, Winston Churchill, or Mother Theresa. Their powerful, composed demeanors are legendary and garner respect around the world.

I hated the fact that I was so emotional at times, so I thought, “What if I could harness that emotional power, instead of wantonly over-reacting and freaking out like an uncontrolled drama queen?”. 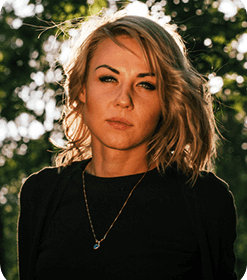 I’ll tell you this:

It isn’t easy to unlearn those decades-old, ingrained habits.

But it IS possible with consistent effort. I’ve done it.

Would you like to tone down your emotional reactivity?

Here are the tips I’ve learned along my journey that helped me learn how to be less emotional.

They can definitely help you, as well.

If you want to learn how to be less emotional, make sure you’re doing it for the right reasons.

What are some extrinsic motivators when it comes to containing your emotional reactivity, though?

Things like, “My boyfriend/significant other/co-workers think I’m too emotional, so I guess I should work on that”.

What really matters is:

Do you, personally, want to be less emotional?

Take a moment to sit down, open a blank document, and write down what being so emotionally reactive gives and costs you. Then decide, “Is this the person I want to be?”.

Here are some things to consider. Has being too emotional:

Now imagine the most composed, cool, calm person you can think of.  Imagine yourself in the middle of a shitstorm where everyone’s freaking out. And there you stand – wise, composed, in control, worthy of esteem and respect.

Which woman do you think people would respect more and be more willing to listen to when she speaks?

You Gotta Generate Some Space…

The first thing I had to do in my own journey to become less emotional was the hardest:

Generate a time gap between noticing the situation and the (instant) reaction.

When I saw a bug, for example, I screamed and ran before my mind even consciously registered the thought, “Oh my god!  A bug!”. It was just so instantaneous!

The first step, then, was to train myself to notice the situation but wait a few milliseconds.

That way, I didn’t just automatically jump, run, and scream. I could logically deal with the situation once that slower, logical part of my brain kicked in.

The Way Our Brains Are Wired…

Why is it easier to react out of pure emotion and so difficult to react logically?

There’re a few reasons, but one main reason is the way our brains and bodies are designed.

The Process You Go Through… 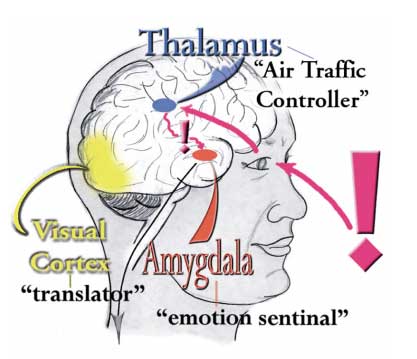 So, the goal is not to figure out how to stop being emotional, because that’s going to happen anyway. 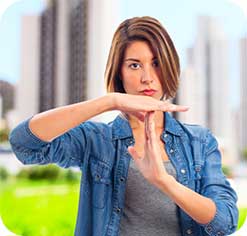 The trick is to insert a time gap between the sensing and the reacting. Give the rational brain a chance to react instead. Overrule that emotional knee-jerk reaction.

Not so easy, but certainly doable.

How fast or how slow the process goes depends on how consistent you are at practicing it (kind of like every new thing you want to learn, eh?).

I used a modified version of the old rubber-band-on-the wrist technique because it was simple, effective, and (almost) free.

I simply wore a silicone bracelet that I engraved with “Wait – Pause – Take a second!”.

A single personalized bracelet for under $10 on Amazon

I’d look at it probably hundreds of times every day and basically, remind myself to wait. Then when a situation arrived where I’d normally fly off the handle immediately, I’d force myself to look down (sometimes I just raised my arm in front of my face).

Either way, I’d see it and remember to WAIT!

Prepare Ahead of Time

Mentally preparing for a situation is invaluable when it comes to making real changes in real life. I’m a firm believer in the power of visualization to make lasting, effective, positive changes.

I’m not talking about the once-popular group touting “The Secret” visualizations where you sit and imagine great things falling in your lap. Then you wake up one day and WHAM! – there they are – everything you ever “visualized”.

There are countless examples showcasing the power of visualization to improve virtually any aspect of your life. It’s a powerful tool that’s been used since the earliest homo sapiens walked the earth hundreds of thousands of years ago.

So, one of the most potent tools you can use to be less emotional is to simply use your mind!

A Quick Visualization Exercise To Do Right Now

The end goal isn’t to erase your emotions. The ultimate goal is to control your response.

You can feel angry, scared, or elated, but it doesn’t mean you have to jump around squealing like an out-of-control two-year-old (unless you want to….).

Here are the most effective tips and techniques that will help you reach your end goal.

Scan through the list, choose which ones you want to work on first, and then set a reminder somehow, somewhere so you’re sure to incorporate into your daily routine.

Consistency is the key that will get you to where you want to be!

Wise people have known for centuries that the breath is the key to bodily control. Take the time to breathe in deeply to a count of 4, hold it for 4 seconds, and breathe out to a count of 4. Do it at least 5 times before you move or react in any way. It gives you that “space” and activates your physiological relaxation responses.

You Are So Very Powerful!

You can learn how to be less emotional, if it’s truly what you want to do.

Make sure your reasons for embarking on your path of self-improvement are yours (and not someone else’s).

If so, then jump in 100% and incorporate these tips and techniques into your daily routine – every single day!

Before you know it, people will respect you more.

They’ll want to hang around you more in the hopes that your cool, calm, serenity will somehow rub off on them.

You will appear to be the most powerful, knowledgeable person they know.

Do it and see for yourself!

How to Be Less Emotional (and Harness Your Power Instead)

by Michele time to read: 6 min 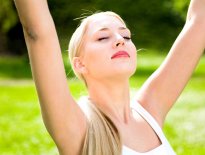