Listen to this article:

“If they can do it, I can do it”
~Sabrina Pasterski

People across the globe laud 25-year-old Sabrina Gonzalez Pasterski with plenty of praise-worthy monikers, but “the Embodiment of a Powerful, Smart Female” befits her best.

Who Is Sabrina Gonzalez Pasterski?

It’s impossible to define a person with a couple hundred words, isn’t it? 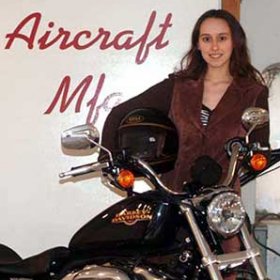 When we try to describe someone, though, don’t we usually start with describing the things they do or where they work?

Even though she’s only 25 (soon to be 26), Sabrina Pasterski has a dizzying list of accomplishments. Here are just a few highlights:

We aren’t just defined by what we do, though. We find out more about people by listening to what they say, don’t we?

Here are some of Sabrina Pasterski’s thoughts and ideas, expressed in her interviews, essays, and on her website:

Obviously, Sabrina has an incredible mind and excellent training and, as such, she’s poised to make great waves in the world of science.

What Will You Do?

Sabrina Pasterski is an amazing woman, without a doubt.

But, don’t let this be one of those articles that you read, and then CLICK! – you skip off to something else and then – WHAM! – you already forgot about Sabrina’s story!

Instead, take 1 minute – RIGHT NOW – and jot down the answers to these 5 questions. Tuck it under your pillow, or save it on your phone and re-read your answers when you wake up tomorrow morning.

Sabrina Pasterski is an asset to our world – and so are you!

Does Sabrina Pasterski inspire you?  If not, who DOES inspire you to grow and become just a bit better tomorrow than you are today?

Get these 5 Questions in Google Docs

Click the button to get a copy of these 5 questions in Google Docs. You can print it, save as pdf or as a Word doc, or share with others.

Just be sure to click “File > Make a Copy” as soon as you open it (to make it yours).

GET THE 5 QUESTIONS IN a GOOGLE DOC

Get inspired from amazing women who aren't famous but are amazing women nonetheless. This gallery is for women nominated by our readers.

Tell us about the Badass Woman You Admire:

Click here to nominate a woman you know to the Badass Women We Love Gallery.

by Michele time to read: 11 min 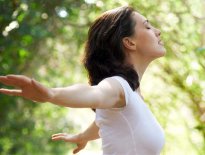